‘The Zermatt Summit: Harnessing the power of business for the Common Good’ with Christopher Wasserman

Size matters to Christopher Wasserman. In a world where bigger is supposed to be better and where billionaires rule, Wasserman, a Swiss entrepreneur, is building an intimate platform where business leaders can meet to jointly find answers to the challenges of our times. Since 2010 the Zermatt Summit has hosted an annual conference and ongoing conversations with the mission to bring people back in the economy. The credo of the Zermatt Summit is that, ultimately, people change the world—not money. “After the financial crisis of 2008, everyone seemed to think that finance was at the center of the economy and that human beings were basically objects”, Wasserman says, “we want to make sure that we adjust the focus of the economic paradigm from growth and ‘objects’ to well-being and ‘people’.”


For decades, business leaders and politicians have been chasing economic growth as the only possible way to jobs and better living standards. Great progress has been made. However, in the past twenty years, it has also become clear that people and societies increasingly suffer from the side-effects of this one-dimensional approach —from severe pollution and the destruction of nature to widespread and growing inequality and long-term unemployment. That’s why the Zermatt Summit wants to rediscover, in Wasserman’s words, “how business can serve the Common Good”.

It has been done before. In the early seventies Klaus Schwab launched an annual event in another resort in the Swiss Alps. Almost 50 years later, the World Economic Forum has become an influential forum where presidents and corporate leaders get together each year to align their agendas. It’s the traditional liberal agenda of business and the market economy. In response to the dominant influence of Davos on global economic thinking, a group of non-government organizations (NGOs) launched the World Social Forum in 2001 in Porte Alegre, Brazil. The focus of the World Social Forum is on the needs of people and society. Nonetheless, the message of the Forum is mostly negative: it criticizes the status quo and fails to propose concrete alternatives.

In between Davos and Porte Alegre, there’s a void. Wasserman: “The Zermatt Summit doesn’t criticize from the outside; it is a place for insiders—for people who have been in business for many years who want to promote necessary change and innovation to serve society. That is the –huge—responsibility of business. Enterprise is the main economic and social agent in society.” He points at the digital revolution which is developing without any ethical or political dimension as the recent scandals about the distribution of fake news to influence elections as well as the misuse of private data have shown. Without awareness and responsibility about and for our actions, society and the whole of humanity can only lose. Wasserman quotes the Belgium theologian Gérard Fourez: “Ethics starts with the first cry of human suffering”.

There are many like-minded initiatives around the world—from socially responsible business conferences to impact investment forums. The Zermatt Summit stands out because it offers a community. The mission of the summit is intricately interwoven with the venue. Zermatt is located at the base of the famous Matterhorn. It is a car-free town that can best be reached by train—it’s not a place where speakers and participants quickly fly in and out of. Yes, the journey is the destination. “The Summit is literally a bit hidden from day-to-day business”, says Wasserman. Zermatt’s location and accessibility also limit the size of the Summit. And that’s exactly what fits Wasserman’s plan. A group of some 250 people is sizeable enough to create an influential global presence but still allows for real meetings between people—and that’s how the new Zermatt Summit business community is growing.

Wasserman strives for long-term strategies and relationships. He notes that entrepreneurs and the leaders of family-owned companies tend to be lasting leaders whereas CEOs of corporations listed at the stock exchange can be swiftly removed by their boards. “Too often we see an inspired humanistic leader leaving a large company and after his or her departure, policies go back to short-term objectives and ‘business as usual’”, he says. Instead, the transformational change that the Zermatt Summit wants to facilitate, requires long-term commitments. Wasserman is inspired by the new movement of ‘liberated companies’. The concept was introduced by Brian Carney and Isaac Getz in their book Freedom, Inc. in 2009.
The authors propose that organizations unleash their employees’ initiative and responsibility and to let them take actions they decide are best. “In such a structure transformation can be really anchored in a company”, according to Wasserman. In the U.S. Hewlett Packard wants to be a liberated company; in Europe, the movement is led by Michelin, Airbus, and Décathlon.

The 2018 Zermatt Summit will center around the theme Humanising Innovation with a special focus moving from scarcity to abundance in food and energy. Wasserman: “There is technical innovation and, of course, an ongoing digital revolution. However, parallel, society is changing. Innovation can achieve a certain goal. But we need to look at the higher—human—purpose of business.”

The 2018 theme strikes the core of the mission of the Zermatt Summit. How can we create systems for the production of food and energy that respect the human being and the natural world and serve the Common Good? Business leaders and managers need to pay greater attention to the societal consequences of their decisions, to the “externalities” of their actions and to the problems of our time which they could help solve by their entrepreneurial initiatives.

The Zermatt Summit offers an opportunity to rethink and renew and to join a community of like-minded leaders. Wasserman: “Our vision is that the Zermatt Summit becomes a reference for ethical business—a place where people meet to get inspired, share innovation and together create new business models for a better world.” 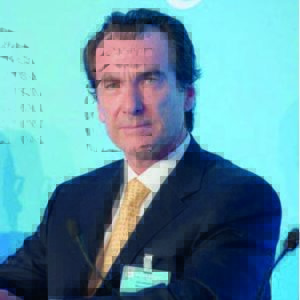