Today, some 150-200 years after their deaths, Adam Smith, David Ricardo and Charles Darwin still dominate the philosophies behind the market economy and the way we organize society. The concepts of the “invisible hand”, “comparative advantages” and “more competition is better” are rarely challenged. A new book, Come On: Capitalism, Short-termism, Population and the Destruction of the Planet, argues that these three giants have only been partially understood.

His most impactful consideration was that the “invisible hand” would turn the pursuit of self-interest into common benefits because economic self-interest in good quality work would enhance the benefits of overall production.

However, one condition for this logic was that the geographical reach of the law and of morality was identical with the geographical reach of the market, of the invisible hand. This fact, unquestioned in the 18th century, established a healthy balance between markets and the law. Even if markets have that admirable capacity of ”discovery” of the right prices and of innovation opportunities, in Adam Smith’s world they would be clearly restricted by firm legal or moral rules. Moreover, at Smith’s time, markets were small, trade was between rather small partners.

By contrast, trade in our days is dominated by large global corporations. Today’s markets have the world as their geographical reach, while moral conventions and legal restrictions typically apply only to a nation or a specific culture. This leads to the phenomenon of globalization where capital markets, can induce lawmakers to adjust the law to please investors and shareholders. Adam Smith’s tacit assumption of a healthy balance between markets and the law is thereby ignored at its very core.

An updated economic theory has to include mechanisms to re-establish that healthy balance. And political action should try to enlarge the reach of the law, through legally binding international conventions, and should rather increase prices of transportation, thus creating economic advantages of local value creation. Both actions bring the reach of the law closer to the reach of the markets, and in line with Adam Smith’s logic.

Globalization, as we know it today, is the engineered integration of many formerly relatively independent national economies into a single tightly bound global economy organized around absolute advantage, not comparative advantage as Ricardo argued. Once a country has been sold on free trade and free capital mobility it has effectively been integrated into the global economy and is no longer free to decide what to trade and what not to trade. Yet all of the theorems in economics about the gains from trade assume that trade is voluntary. How can trade be voluntary if you are so specialized as to be no longer free not to trade? Countries can no longer account for social and environmental costs and internalize them in their prices unless all other countries do so, and to the same degree.

The classical comparative advantage argument by David Ricardo, however, explicitly assumes international immobility of capital (and labour). Capitalists are interested in maximizing absolute profits and therefore generally seek to reduce absolute costs. If capital is mobile between nations it will move to the nation with lowest absolute costs. According to the Belgium economist and monetary expert, Bernard Lietaer, 98 percent of capital movements are purely speculative while only 2 percent serve to pay for goods and services.

Only if capital is internationally immobile will capitalists have any reason to compare internal cost ratios of countries and chose to specialize in the domestic products having the lowest relative cost compared to other nations, and to trade that good (in which they have a comparative advantage) for other goods. In the current process of globalization based on the free movement of capital, absolute advantages rule. That means that some countries gain and others lose from trade, whereas under comparative advantage, although some gain more than others, there are no losers. It is this mutual benefit guarantee that has been the main strength of the free trade policy based on comparative advantage as advocated by Ricardo.

International capital mobility, coupled with free trade, allows corporations to escape from national regulation in the public interest, playing one nation off against another. Since there is no global government, they are in effect uncontrolled and that leads to absolute advantages.

Charles Darwin: eliminating the weak is not in the interest of evolution

Darwin’s theory of the origins and progress of life was built on the observation of competition among species. That competition, however, was mostly a local phenomenon. He knew that species diversity was also a diversity of locations and habitats. He visited the Galápagos Islands and there found an astonishing diversity of finches, which had evolved seemingly from one pair of finches stranded a few millions of years earlier. This was the final evidence for him to write down his “Origin of Species”. He clearly saw that it was the absence of non-finch competitors on the islands that allowed finches to explore and conquer new niches and thus to evolve into new species.

Modern population Darwinism has discovered and established another astounding evolutionary feature of limiting competition. The basis was the phenomenon that genes come in pairs (“allels”), of which one tends to “dominate” the other, the “recessive” allel. Recessive traits of the “genotype”, the genetic outfit of individuals, tend to remain invisible in the “phenotype”. The brown iris in humans is dominant over the blue iris. You can’t see, looking into somebody’s brown eyes, whether she or he carries a blue iris gene from mother or father. But blue-eyed persons are “homozygote” (double) carriers for sure of the “blue” gene from both parents.

Differing eye colours are conspicuous traits, called mutations at the first instance of their occurrence. Conspicuous mutations were the basis of Gregor Mendel’s experiments with peas and other species. But in the real world, they are the exception. The rule is tiny genetic mutations, which are usually recessive and therefore remain “hidden” under their dominant wild-type alleles. This mechanism allows for the accumulation over millennia of huge “gene pools” containing very large numbers of mutations. Most of them are not only recessive but would be less fit than the respective “wild-types” if expressed in the phenotype (by being inherited from both parents). However, being recessive, they remain protected against selection during the largest time intervals because the statistical probability of coming from both parents is always very small.

Population biologists of the 1930s explained the mechanism as a realistic basis for continuous and adaptive evolution. They argued that a small but relevant statistical probability brought two equal recessive parental genes together and another probability would make the respective phenotypes the right answer to changing environments. The concept of the genepool explained the positive evolutionary value of the protecting and accumulating of less fit traits, even such things as hereditary diseases, like the genetic propensity for a few populations of humans to develop sickle-cell anemia; that gene also confers some immunity from local infections like malaria.

Subsequent discoveries in science confirm that for modern Darwinism, it is essential to understand that limiting competition and the protection of weaker strains have been an indispensable pillar of evolution. However, doctrinaire economic theory assumes that innovation and evolution always benefit from high intensity competition everywhere and from eliminating the weak—a simplification that is almost the opposite of the truth.

Excerpted with permission from Ernst Ulrich von Weizsäcker and Anders Wijkman: Come On: Capitalism, Short-termism, Population and the Destruction of the Planet—A Report to the Club of Rome, 2018 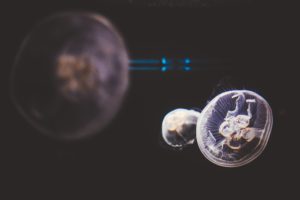 PrevPrécédentWebinar 12.11.20 – Fighting illicit trade by promoting the blue economy in the age of sustainability
SuivantServant Leadership for 21st Century – Time for Paradigm ChangeNext