‘From slavery to entrepreneurship’ lecture by Marianne Sebastien

Marianne is the founder of Voix Libres International and her humanitarian commitment has been awarded numerous prizes. With a threefold social, educational and literary training, she has an admirable career as a company manager, singer and a voice therapist. Marianne Sébastien also offers these holistic techniques in Europe (500 CEOs Airbus, Safran, Auchan, etc.) and universities.

In 24 years, Voix Libres has reached 2 million beneficiaries by supporting them on their path to autonomy, which first began in the darkness of the mines and resulted in the construction of the «Cities of Goodness».
120,000 beneficiaries of solidarity microcredits (without interest rates).
No financial interest but a refund in service.

Maria-Inès testifies:
«In three months, I became independent and I left a lifetime of misery, and I succeeded in reimbursing it.
This great responsibility was like an initiation,
it’s an honor for me to repay for
my neighbor to also access a microcredit.»

This new society model is based on heart values
and inner abundance, and is able to achieve all that is possible.

The real crisis is not economic and social, but a crisis of love. The children have created their government.
«The Women of Fire» have spoken up to fight impunity.
The murderers, rapists, prisoners, have become «Men of Peace». A new civil society decides of its destiny…
If the powerless become decision makers …
… then democracy finds its meaning and love its true place. 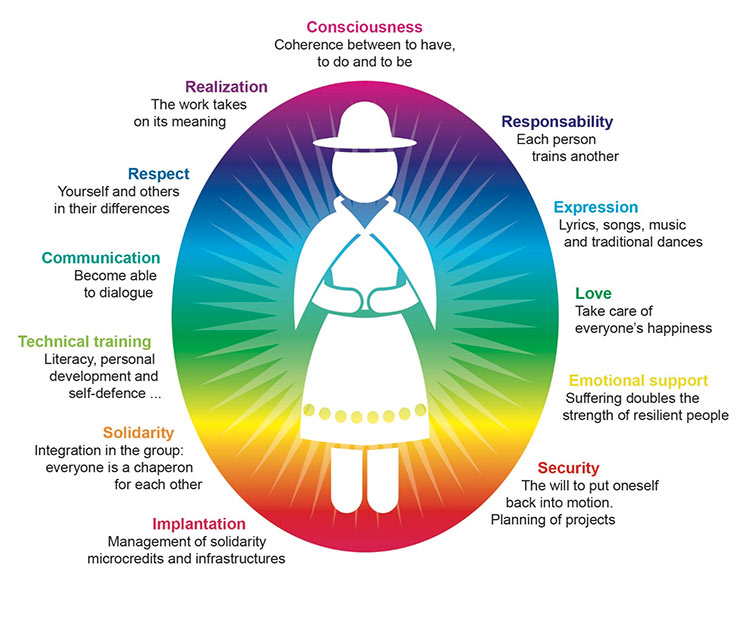 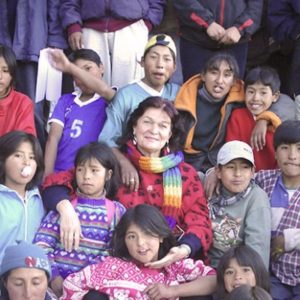